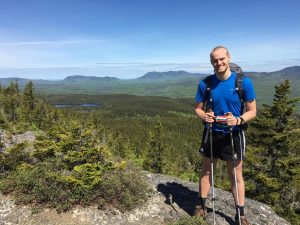 This is a story of a young lad who we had become acquainted with in our practice who had just completed orthodontics in full retention mode with retainers. Just 15 years of age, you could a feel his positive energy — intermittent with enthusiasm and unbeatable excitement.

He inspires us because over the years we came to love and understand his boyish nature. His expressions of vulnerability during in moments of uncertainty and triumphant rejoice of new steps of small accomplishments endeared him to us. We admire his continual giants leap of faith that took him out of his comfort zone and initiated his steps forward with courage.

The first thing you noticed about Joshua was his height. At 6′-4″ he towers over most adults yet his meekness and politeness shines above all. Wearing retainers are generally not the favourite pastime amongst most, yet Joshua was remarkable and wore the appliance as a necessity and worn it with truthful compliance. It was worn respectfully. We knew he wanted freedom and with an unspeakable determination we knew at some end that this ultimate goal was going to be the future. He was not going to be the one going around with a granny look or feel of partial dentures for tooth replacement. You see, he grew up with congenitally missing permanent lateral incisors. So he having missing teeth was not “cool”. If you would remember the famous song — “All I want for Christmas is my two front teeth” — a novelty Christmas song written by Donald Yetter Gardner in 1944 while teaching at public schools in Smithtown, New York.

Our ultimate treatment plan was tooth supported implants in the areas of the missing teeth. The age of 16 was still considered too young as pubertal growth spurt may not be complete. His timeline was tight as in two years he would be off to post secondary education in his first adventure away from home.

The first steps were evaluation for adequate spacing in the areas for future implants. In in Joshua’s case the spaces currently provided were not adequate enough so we had to have him in full banded braces the second time around. A slight set back in the time yet nevertheless Joshua was a trouper and pushed through this for the next 9 months with the orthodontist.

By this time Joshua was in Grade 12 and about the graduate yet not quite finished the growth phase. So for interim phase of treatment, we were able to conservatively bond, no preparation beautiful Emax Maryland bridges with replacement teeth to where he was missing his upper lateral incisors. At last, a handsome smile during his Grade 12 graduation without “Granny false teeth”.

For Joshua, these Maryland bridges were as great as a final restorations. Yet as were are about to find out that during his sophomore year in university a freak accident occurred. One month shy of him completing his final exams, he took a tumble and fell. Luckily he did not break bones. His only casualty were his teeth with a broken cantilever bridge and chipped front teeth. Gasp! — A toothless smile again 🙁 only he was thousands of miles away from home. Thank goodness, he still kept his old retainers and with a little bit of modification he had to contend with a “Granny smile” again until his finals were complete.

This inciting incident was motivational enough for him to seek the process towards the the final restoration of implants. We still had to wait until he was 21 years old to start the process to just be extra cautious that he was not going to grow anymore.

The envisioned area to which we had planned to place the implants did not have sufficient bone width or soft tissue. Natural aesthetics not only requires the final restorations to look like a natural teeth, the bone and soft tissue architecture must ideal as well to support the smile. It is what frames the “smile”.

Between Joshua’s home visits from the east coast frequent visitations to the periodontist Joshua obtained the necessary bone grafting and soft tissue augmentation to ideal architecture. Healing was remarkably. With more flights for back and forth, Joshua finally had the implant placed in the bone by the periodontist. Now we just had to wait for integration and full healing before the final phase of getting real “teeth”.

Excitement was mounting. Coordination of final restorations visits were interesting and challenging as it involved collaboration of the periodontist for soft tissues management, us for temporary prosthetic management and two different dental laboratories for custom shading, final prosthetic choices. This all happened as Joshua was still traveling back and forth from back East. During his school hiatus he had an adventure of a lifetime hiking the Appalachian trial for 4 months with temporary tooth prosthetic.

If you know anything about the Appalachian trail, it is 2,193 miles long that extends through 14 states with visitation of at least 3 million a year. It is the longest footpath hiking trail in the world running from Maine to Georgia in the US. Kudos to Joshua for accomplishing the feat of becoming a “2000 miler” with great appetite for adventure of a lifetime. He hiking most of the trail alone except the beginning and the end portions to which he was accompanied by his father, Joachim on the trail and cheered on heroically by his mother, Helga and brother Jacob. Most describe the physical endurance to be therapeutic yet in actuality it really is a true test of human audacity. I am sure to this day Joshua w 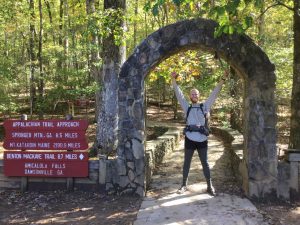 ill have plenty of stories to tell. Time in the wilderness; long days forging paths ahead and personal encounters with people along the way gave him nourishment to seek his calling — to find his passion, purpose and vision. He knew he wanted fulfilling career to help people. The trail of hope and adventure was to be the route to heroic triumphant as he finished the Appalachian trial physically. What was more poignant was his awaking that he discovered what his future calling would be.

On returning home, the collaborative team work gave Joshua his beautiful smile that he so richly deserves and had waited for years. The sheer delight in his voice and wide expressive eyes were all that we needed to know that we played a small part in helping him fulfill part of his dream. The next part of his dream is about to commence. He is now in New Zealand pursuing studies in a healthcare sciences because he knew he wanted to dedicate his life to helping and healing people through art of chiropractic care. We are cheering you on Joshua!